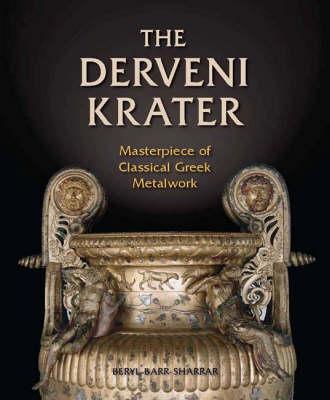 This beautifully illustrated book represents the first full publication of the most elaborate metal vessel from the ancient world yet discovered. Found in an undisturbed Macedonian tomb of the late 4th century B.C., the volute krater is a tour de force of highly sophisticated methods of bronze working. An unusual program of iconography informs every area of the vessel. Snakes with copper and silver inlaid stripes frame the rising handles, wrapping their bodies around masks of underworld deities. On the shoulder sit four cast bronze figures: on one side a youthful Dionysos with an exhausted maenad, on the other a sleeping Silenos and a maenad handling a snake. In the major repousse frieze on the body a bearded hunter is associated with Dionysian figures. What was the function of this extraordinary object? And what is the meaning of the intricate iconography? The krater is placed in its Macedonian archaeological context as an heirloom of the descendants of the man named in the Thessalian inscription on its rim, and in its art-historical context as a highly elaborated, early-4th-century version of a metal type known in Athens by about 470 B.C.